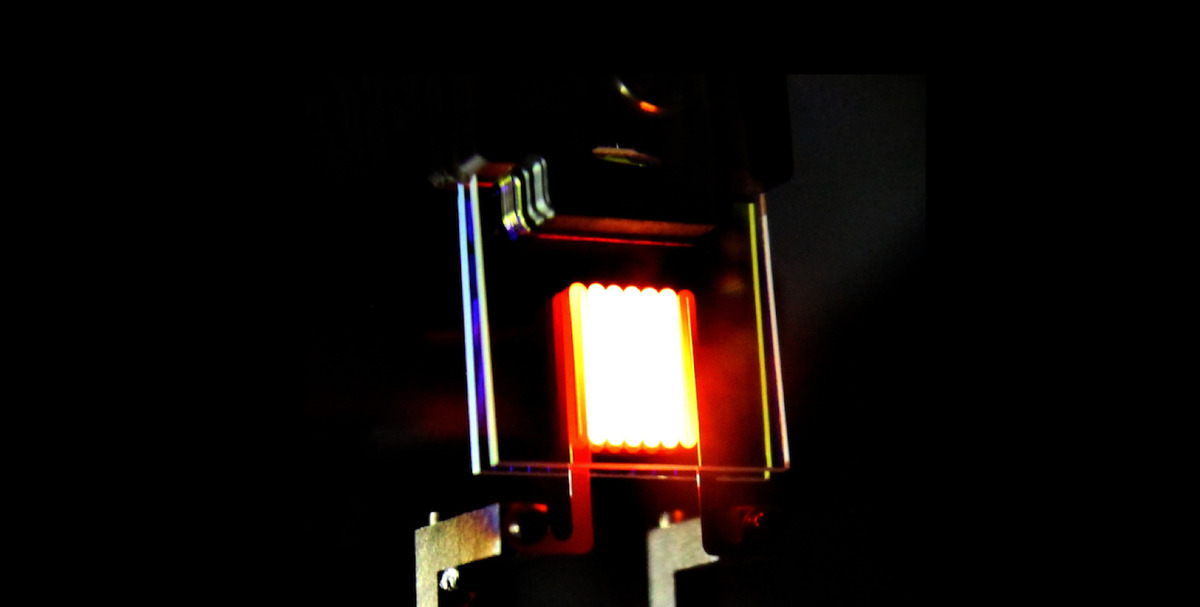 Light emitted from glowing hot objects (such as the Sun and incandescent light-bulbs) is of tremendous utility, yet a large fraction of the radiated energy doesn’t make it to end use. The rest is lost to unwanted wavelengths: for example, in solar cells, the mismatch between the Sun’s spectrum and the cell’s absorption profile limits efficiency; in incandescent light bulbs, most of the energy is wasted as heat. Because of this, there is potential in finding a way to shift emission from unwanted to useful wavelengths.

The prevalent way of doing this is through patterning the emitter with periodic nano structures such as photonic crystals. However, a major challenge with this approach is the difficulty of keeping such delicate structures stable at very high temperatures.

In our work, instead of embedding such structures into the emitting surface, we surround the emitter by special nanophotonic “filters”, designed to transmit desirable light and reflect unwanted light coming from all directions. In this way, the combination of a thermal emitter and such a filtering structure (top image) enables a very high degree of light recycling.

To demonstrate this concept, we focused on a traditional incandescent filament. It is an inefficient light source because most of the electrical energy is wasted as infrared light, invisible to human eyes.

Our goal was to recycle these infrared emissions, while allowing the visible light to pass. In our experiment, we show that—for the same amount of input power—much more light is emitted in the visible spectrum when nanophotonic filters surround the tungsten emitter. Such devices are made of abundant materials and are particularly amenable to large-scale fabrication, making it a potentially inexpensive, scalable technology.

For more information, see our paper below: