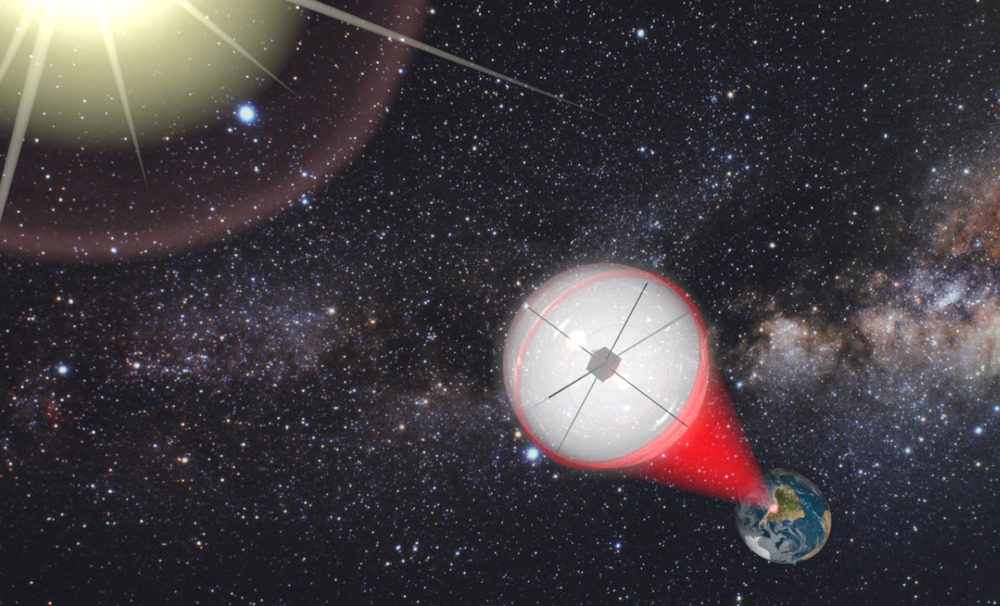 Harnessing photons of light could transform space exploration and spaceflight in the 21st century. We have been exploring the development of new nanomaterials that can use light for contacless actuation and propulsion by radiation pressure.

The challenge for current spacecraft is that they carry on-board fuel which means that a linear increase in velocity requires exponentially more fuel (e.g., if 10 kg of fuel is needed to achieve velocity delta-v, then 100 kg would be needed to double delta-v). Known as the “tyranny” of the rocket equation, this limitation is fundamental to all propulsion mechanisms that consume on-board fuel (e.g., chemical fuels, ion engines, etc.). Using light for propulsion eliminates the burden of carrying onboard propellant, leading to much higher terminal velocities and the potential to cut the duration of deep-space missions from decades to years and even months.

For example, it took the Voyager probes 35 years just to reach the outskirts of our solar system. With current rocket propulsion technology, it would take many millennia to reach our neighboring star system, Alpha Centauri, and the nearest known candidate habitable exoplanet, Proxima Centauri b. Propelling ultra-light spacecraft by the radiation pressure from coherent light sources is the only known means of traversing such distances in a meaningful timespan.

Though the idea of light-propelled spacecrafts is almost a century old, recent rapid technological advances in light sources, materials, and fabrication have opened up the possibility of relativistic space travel. In 2016, this renewed interest culminated in the announcement of the Breakthrough Starshot Initiative, which aims to lay the foundations for the first launch of a light-driven spacecraft to escape the solar system.

If you are curious about this idea, we encourage you to take a look at some of our published works below:

Additional references also include “A Roadmap to Interstellar Flight” by P. Lubin, and “The Breakthrough Starshot System Model” by K. Parkin, and the works of Avi Loeb from the Harvard-Smithsonian Center for Astrophysics, to mention a few.

If you have any questions, do not hesitate to get in touch.